Europe
How the Sun Revitalized This Landscape, Community & Economy
The world's largest renewable energy base showcases how technology can build a healthy planet 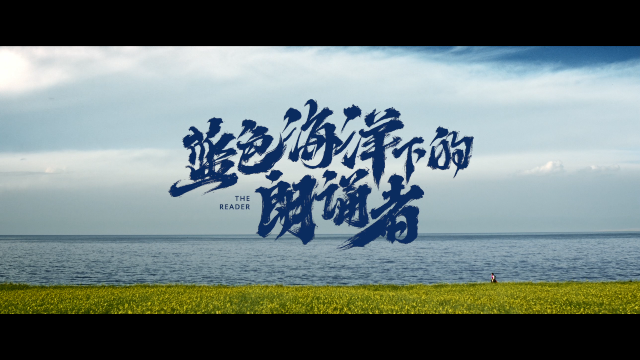 
As you travel from the provincial capital Xining to Gonghe County, the steep mountains on both sides of the road gradually recede and the horizon gradually widens. The azure sky, fluffy clouds, verdant hills, and herds of wandering cattle and sheep evoke serenity and peace. The white caps of snow on distant mountains are the only trace of the previous night’s wind and snowfall.


Prior to 2011, the remote and sparsely populated Gonghe County was relatively unknown. When construction began on the world's largest renewable energy base, a monumental undertaking given how difficult it was to bring in cranes and equipment, the county bustled into its busiest time ever. The decade also saw the rapid development of auxiliary industries like catering, accommodation, auto repairs, ironware, and construction materials.


This level of activity had only been approached once before – in the 1980s, when the Longyangxia Hydropower Station was built. 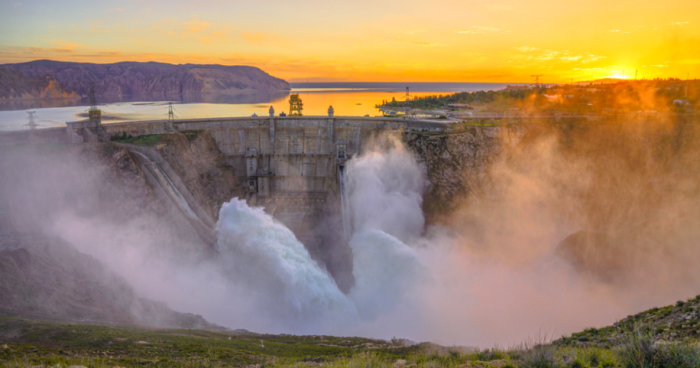 September 26, 2020 was a memorable day for both Huawei and energy specialists Huanghe. At 17:18, the last segment of the Qinghai Gonghe 2.2 GW PV power station was connected to the power grid, marking the rollout of a power source that would support the world's first UHVDC power transmission project to transmit 100% clean power. Gonghe PV power station isn’t just the world's largest PV power station – it also boasts the shortest completion time of any new energy power plant, taking just one year from bidding to connecting to the grid.


The Qingyu UHVDC power transmission line that the plant supports stretches 1,563 km from Hainan in Qinghai Province to Zhumadian in Henan Province and is capable of lighting up the Central Plains region with 100% clean power.


Both the power station in Gonghe and the province’s wind power plants connect to the power grid, providing capacities of 15.436 million kW in Hainan and 10.12 million kW in Haixi. Each of the renewable energy bases now has a capacity of 10 million-kW.

Qing Yu UHV DC spans up to 1563 km, enabling sunlight from the northwest plateau to light up households in the central plains.

The cumulative fault rate of Huawei smart PV service in Talatan, Gonghe is less than 0.6‰.

This region through which the Yellow River flows is home to six of the world's biggest clean energy projects. 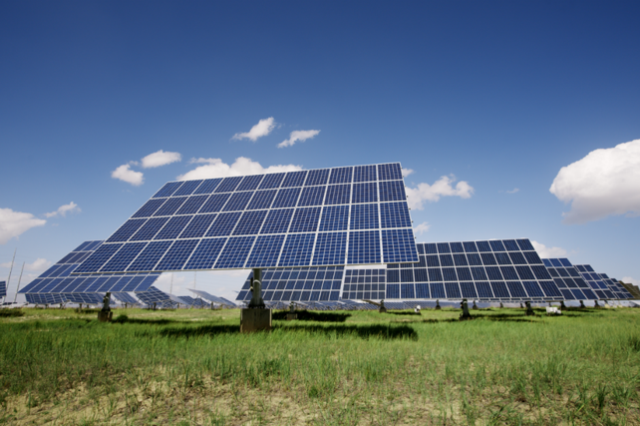 A corner of the 100 MW Demonstration Power Station


Plans are in place for a new PV park spanning 609.6 square kilometers – roughly the land area of Singapore – and a 2,400-square-kilometer wind farm.


By the end of 2020, the renewable resources in Hainan totaled an installed capacity of 18.65 million kW, including 9 million kW of PV power, 5.5 million kW of hydropower, 4.1 million kW of wind power, and 50,000 kW of solar-thermal power.


Located in the upper reaches of the Yellow River, Talatan was once a landscape of windswept sand, plagued by drought and overgrazing.


Since 2011, PV power has helped gradually restore the degraded vegetation and revitalize the grassland ecosystem, with solar energy increasing soil moisture and reducing evaporation from the soil’s surface. Local residents herding sheep under seemingly endless rows of solar panels on the Qinghai-Tibet Plateau is a living example of how technologies can coexist harmoniously with nature. The sky is blue, the wilderness is vast, and the wind sings to cows and sheep through the grass.


In just 10 years, Talatan was restored to the way it once was – its green past has time-traveled to the present and the sound of folk songs can be heard again.

Sheep running towards the PV park

On our way to Talatan, Huan Xingsheng, the deputy director of production technology for Huanghe’s PV O&M company, believes that "solar grazing" embodies the nature of this land – and the term is currently being registered as a trademark.

Fifty-year old Duo Goujie lives in Tiegai Town, where he and his wife raise over 550 small-tailed Han sheep, which graze in rich fields nearby.


"Before, there was no fertile grass here. It used to grow in clumps, with sand all over it, just like the kind you see on the roadside. The sheep didn't like it," says Duo with a smile.

Duogoujie and his wife at their sheepfold

When first planning for the PV project in Talatan, Huanghe sought ways to deploy PV power stations in a way that would benefit both the natural ecosystem and the PV industry. To absorb the impact of desert wind and sand on solar PV panels, Huanghe sowed pasture seeds around the PV park. The grass inside the park soon grew far higher than the grass outside it.


"The grass grows better because the shelter of the PV panels reduces evaporation from the soil surface, and the water used to clean the PV panels increases soil moisture," says Huan Xingsheng.


However, this creates new challenges: Grass that grows too tall stops sunlight reaching the PV panels and affects power generation. The grass also catches fire easily when it withers in winter. In 2015, Huanghe migrated 600 sheep into the park. They kept the grass at a certain height so it power generation remained unaffected and life was made far easier for the farmers.


Also in 2015, Huanghe began researching the environmental impact of large-scale PV power stations. It found that their deployment improved soil moisture and vegetation growth, cutting average wind speeds by 41.2% and daily air temperatures by 0.5℃, while improving average daily air humidity by 2.1% and soil moisture by 32% at 20 cm deep.


As a result, Huanghe adjusted the design of the PV supports from 50 cm to 1.2 m above ground. The increased construction costs were offset by signing grazing agreements with local farmers, employing local villagers to help construct and maintain the PV park, and growing cash crops like snow chrysanthemums and Togou grass in the park. The model of jointly benefiting the ecosystem and local people by deploying solar technology has in turn boosted the PV industry, local transportation, construction, and tourism, leading to the development and prosperity of minority groups in the upper Yellow River.


In 2018 in response to the success in Talatan, the State Key Laboratory on Ecological Water Conservation in Northwest Arid Regions set up a branch at Huanghe dedicated to researching the management of areas that, like Qinghia, are arid or have turned to desert. 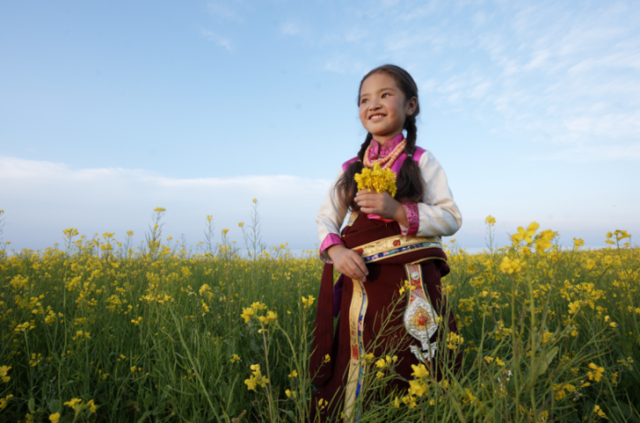 Supported by the world's largest renewable energy base, Qinghai's power grid has achieved several milestones since 2017 for providing uninterrupted green power, achieving 7, 9, 15, and then 30 consecutive days.


Looking out from a 30-meter-high inspection tower is a blue ocean of PV panels that contrasts with Qinghai Lake a short distance away. Today, this land is alive with joy, with more than 5,000 sheep grazing in the park and the sound of singing farmers floating over the grasslands. 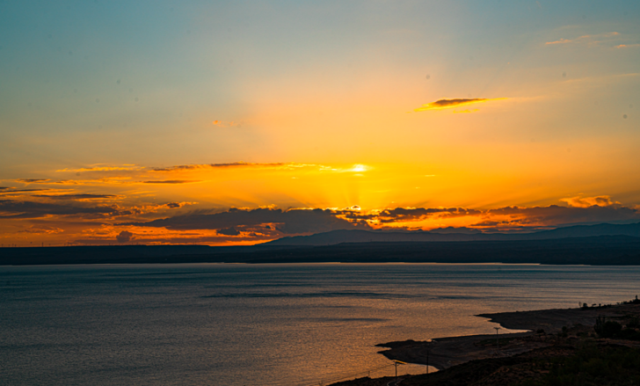